A Tree Topples In Memphis

I’ve been asking people to complete the phrase “You know you are Memphian when…”
I haven’t gotten many responses. And as of yet, no one has been able to tell me definitively if I can qualify as a Memphian, or if I ever will. But maybe you’re a Memphian when your heart gets broken by things large or small, in your neighborhood, or a nearby neighborhood, or even in a Memphis neighborhood you’ve never visited.

Every time I am out and about I take pictures. And on a recent Friday afternoon, on a beautiful spring day, I snapped a few photos right here in my Central Gardens neighborhood. I took a few in particular on one of my many favorite streets, looking south down Willett Street, and caught in my frame an old white oak tree, its limbs reaching out and over the street, tickling the leaves of the trees across from it. It was a beautiful sight.
That old oak came crashing down April 23.

Trees grow. Trees fall down. For a variety of reasons. It’s their cycle of life. From the posts on our NextDoor app and from the pictures it appears as though it died suddenly of natural causes. The speculation here was that its root system began declining with age to the point where the diminished roots could no longer support the tree’s weight. And then creak, sway, boom. Thankfully no one was hurt.

There is solace in the fact that it died naturally. Sad however that it died quickly, seemingly healthy, and without warning. And like everything else, it got me thinking about loss and the greater metaphor the death of this tree means to me, and to Memphis.

I said in one of my earlier posts that, “There is redemption in Memphis, as there is in me.” And one cannot have redemption without first suffering loss. As many of you know, in the fall of 2014 I lost my mother. She hadn’t been sick. She died suddenly, overnight, without warning. To use the tree-root metaphor it would have been a blockage in her heart that fell her. And though it’s sad she died without warning, there is solace in that she died peacefully in her sleep.

But there is another loss that I am now and perhaps always will be sorting out. “Grieving” would not be the operative term for this loss, for it is a loss that will endure for years to come, and one that is destined for many twists and turns along the way. It was not due to natural causes. It has not been peaceful. Just like Memphis and her problems and her complex history, this loss too is complex, and with many layers.

I have refrained to reveal too much of my personal life with this blog, and I will continue to do so in this instance, for a variety of reasons. But anyone who has had children, or has been divorced, and who finally has met that special someone and has found happiness long after leaving an Ex, will understand my story.

Look up the definition of pathological narcissism, or Narcissistic Personality Disorder. Although the term conjures thoughts of egomaniacs and a warped sense of self-importance, the widely recognized personality disorder describes a person who will do or say anything to get what they want, influence others, or just plain win. Contrary to commonly held perceptions, narcissists are deeply insecure. So insecure are they that they must do everything, at any costs, to make themselves look and feel better. So insecure are they that they are virtually untreatable by psychologists, because criticism is their worst nightmare.

Narcissists will cheat, steal, and lie. Like another card on a deck, they will place lie after lie on top of other lies, even in front of a judge or in falsifying court documents, mocking the “at penalty of perjury” warnings. They will lie about their income, lie about things that were said, or twist the abuses they once heaped upon others to look as though they were the ones abused.

It is truly traumatic to witness the damage these people can inflict. Like a tornado sweeping through a neighborhood, they leave a path of destruction that is as tragic as it is shocking. Just one narcissist of this level can damage the lives of many in their path. It is remarkable the boundless energy and tenacity these people have for wreaking havoc just to counter some ill-perceived injustice. Simply calling them out on something they said or did, or disagreeing with them, can be a recipe for a storm. And just when you think you’ve seen the worst they are capable of, the F3 that passed through last month can be followed by a more destructive F4. 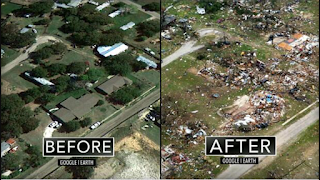 Once a narcissist is scorned, no matter how trivial it might seem to the outside world, the narcissist will go ballistic to make themselves feel right and worthy and to regain their power. They are jealous people. They can destroy relationships. They inflict pain. They don’t care that what they do hurts, because the turmoil they create makes them feel alive. And in their warped minds they are just setting things straight according to the universe as they see it. In their minds they are being honest.

My wife sent me this quote over the weekend: “When a toxic person can no longer control you, they will try to control how others see you.”

What is left now is completely out of my control. The root system, the beautiful relationship I had with my son, has been diminished to the point where it has come crashing down. To be chopped up into a million pieces. My hope is that the scraps left will not be sold for firewood, but used to build something. Something happy. Another house. A deck for backyard barbecues. A son who one day becomes a man and remembers that his dad is, and always was, a pretty decent guy.

One can only hope. I can do nothing now except wait. For years, wait. Wait for that day when this boy will recover and see the truth.

Recently in a conversation a gentleman said to me that “Memphis loves people who’ve had hard knocks, who have been through hardships, and who come to Memphis for some sense of redemption.” I said, “Yes! Redemption! That’s a term I have used too.”

And so when I said in another blog post how for me what happens in Memphis is personal, I wasn’t exaggerating. At the risk of repeating myself... When I see an old house slated for demolition, I lament over what can never be again. When I see a precious greenway being carelessly graveled over for parking due to greed or ignorance, I worry that those actions now may take years to repair. When I see the homeless walking up and down Union, or children in poverty, or neighborhood kids being killed by collateral damage, I am saddened by lives that have been taken away. When I see fallen tree, I am saddened by the loss of the life and beauty that it once beheld. But I hold out hope that one day roots may return again.

I love Memphis. I am heartbroken by its losses. And like the city, here too I have my own redemption and the hopes of a future with strong roots.