Newport Beach vs. Nashville vs. Memphis

I began this post on April 4. And I could not write a post without making mention of that date in history, which is significant in its own right, but of course particularly significant here in Memphis. Many people say it’s Memphis darkest day. I can’t argue that. But having now been here all of six-plus months I look at this as a day of reflection, a reminder not of what Dr. King died for, but what he lived for. I hope all Memphians feel this way.

Now to the subject of my post. I’ll bet you’ve never seen two of those three cities being compared. Something out of Bazarro World. 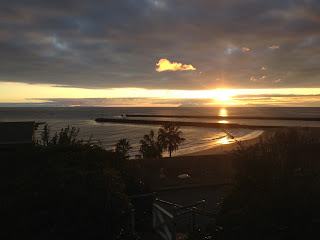 This is what I left behind. But before you look too longingly at this sunset, remember that this sunset comes at a big cost and a big price tag.

I’ve mentioned in prior posts that my wife and I almost moved to Nashville. And I also said that, Thank God, fate stepped in and brought here instead. For as we prepared for our move and the days and our dollars wizzed by, two very big factors made us set a new I-40 course for Memphis: family and cost of living.

I described in another post (How Memphis Saved Me, March 31) how I came to Memphis in somewhat a broken state. And with all that had bombarded my wife and me, she wanted - needed - to be closer to family. After all, she hadn’t been within casual visiting distance of family since she left Memphis back in 2004. Nashville was just a little too far away, even at 2 1/2 hours. And financially, we were by no means broke when we set out east from California (one cannot be broke and move two bedrooms and a full house two thousand miles across the country). However we did have financial motivations in choosing Memphis over Nashville. And cost was one big one.

(Now before you poo-poo the family and financial reasons we moved here rather than Nashville, remember that we did not yet know how much we’d love it here, and that prior to moving we did hear the echoes of the voices who didn’t hold their very own Memphis in the highest regard.)

I’m gonna throw some numbers at’cha. And this will sound like one of those Top So-Many Reasons for Relocating to Memphis promotions, but da truth is da truth. There are blogs and articles and stats available all over that boast about our low cost of living, about our favorable cost of living index and how a salary here can be double or triple its value as compared to other cities. But I’m going to give you some tangible numbers to consider. And I pulled these numbers from my own experience and from city-data.com.

In that 37204 Nashville zip that same house goes for about double what it goes for here, or around $400,000. Some comparable zip codes in the Atlanta area are about the same as Nashville.

I don’t need to remind any Memphians that in the TN we have no state income tax. How big a deal is that? Well, for my wife and me that means over $900 a month that is not deducted from our pay checks. Nine Hundred Dollars. Each month. That’s a mortgage here.

Let’s look at dining out. How much of a difference can that make from city to city? Turns out a lot. A cocktail in a Newport Beach restaurant could go for about $12-15. Try covering the bar tab for your friends on a Friday night. Damn! Who ordered $180 in drinks?? And we haven’t even eaten yet!! Here in midtown it’s what, maybe $8-10? If that? And everything else is less expensive here as well: entrees, deserts, sides. So a dinner out here is just a little less expensive.

Groceries are less expensive. Trips to Target, about the same. Basic utilities here are less expensive. Car insurance, about the same. But our cable bill was almost $250 a month. That’s for cable, 2 boxes, and our wireless internet service. Here’s it’s less than $150. And I haven’t even mentioned gas prices. A gallon of gas in our area in California was costing us around $3-4 dollars for 89 octane. Last time I filled up here it was about $2.20 a gallon… for 93 octane! That’s a difference of about $20 per every trip to the gas station.

I’ve heard some Memphians complain about the high sales tax rate of 9%. In California it was 7.5%, and if you figure how much more everything else cost there, its roughly the same.

So I say, Rejoice Memphis! The blanket statement “the cost of living is cheaper in Memphis” really doesn’t give context to just how dramatic that savings is. Ya’ll are lucky here! And now, my wife and I are as well. In California, we truly lived to work, just to pay the bills and scratch and save for vacations and to go out to dinner every now and then. And, we could never even afford to buy the house we lived in. Not in Newport Beach. Here, the direct opposite has occurred. Not only can we afford a house, we’re no longer part of that set of people who have to live for work, who live for their modest 1200 square feet. Here we can work to live. Really live.

I would never again trade it for any Pacific sunset... 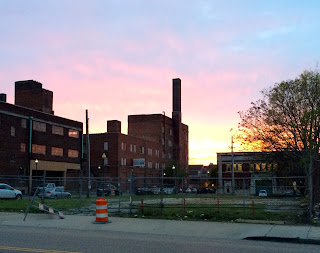 I'll take this one instead. Any day.

Tell me your thoughts on cost of living here versus elsewhere.
Posted by Mark.n.Memphis at 4:35 PM