How Memphis Saved Me

(if this is your first time visiting my blog, I encourage you to read the first post, titled First Post - Introduction)

It might seem an exaggeration when I say that Memphis saved me. Or perhaps just a metaphor. It’s neither.

California, Newport Beach, wasn’t working for my wife and me. Since the day we moved in together back in 2012, it seemed as is evil forces had rained down upon us. We were like a couple of warriors banded together in a tight circle, fighting off anything and everything that came at us. From our little house a few blocks from the beach - spare us your tears, I know - in exactly three full years we endured two floods, a court battle over my son that went on and on for that entire three years, and the death of my mother and the disaster she left behind. 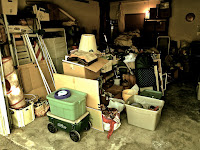 The fallout from all this resulted in the obvious emotional and financial headaches. And, for good measure, my career was reaching a crossroads, I had a couple of stress-inspired trips to the hospital, and finally, the house we were leasing was scheduled to be torn down by the end of the fall. 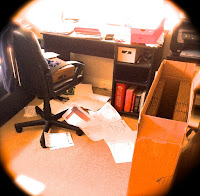 Now I’m not the kind a guy to wallow. Most of the time. I’m upbeat and positive and I like to assume the best in situations and in people. But our day to day was dark. It was dreadful in that even on good days, we lived with the sense of What Next Big Thing out of our control is going to happen today?! And all of it when the two of us had a very good household income and lived in one of the most desirable places on the planet.

Wait a moment! you might say. All of these Big Bad Things had nothing to do whatsoever with where you lived!

If that were true then it would be true that where one lives - place - has nothing to do with what happens in your life or your happiness. This is decidedly not true. (Note: I am borrowing again the concept of “place” from Wanda Rushing’s Memphis and The Paradox of Place) Along with career and love and health, Place can have almost everything to do with your sense of happiness.

Ok we got it! Place! I promise not to say “place” too much more.

But I think it’s fairly indisputable that where one lives is important. And surrounded by the beauty that was the beach community of Newport Beach, life where we lived was not being too kind to us.

I’ll write more later on how being in the place that is Newport Beach hurt us rather than helped us, but life seemed to hit us the hardest in the months that followed our initial discussions to move back to the South. As though God and the universe kept pushing us to leave, one thing after another told us that we needed to leave California behind, and as soon as possible. The court battles over my son, the dust of the disaster my mother’s death left behind, my health and career, our finances, all were peaking or bottoming out with nowhere to look but OUT. And that house, slated as a tear-down, seemed to be pushing us out the door. 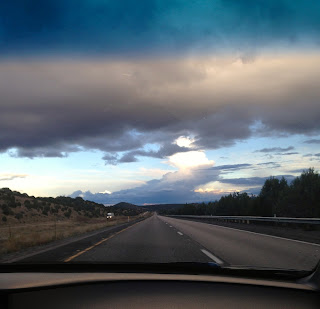 Memphis gave me that chance. And more than that, the city took me as part of its brethren. In ways that I still can’t fully describe, and in ways that I will be exploring in this blog, the city became a part of me.

There is redemption in Memphis, as there is in me. There is growth, there is redevelopment, there is opportunity. There is a fighting back. This city has had to get up and out of the mud so many times, from fighting Yellow Fever and racism and crime and blight, to fighting to restore life to a city that was once, after the assassination of Dr. King, declared dead.

You see, I understand all that. Because in so many ways that’s me too.

I believe we are in a golden age here in Memphis. I have a sense that if the city continues the way it has in just the last few years alone - supporting the creative classes, supporting the revitalization of torn neighborhoods and fighting crime - then the march toward this redemption will continue.

And I know its not just me. I’ve talked to so many people who feel this optimism as well: native Memphians who never left, transplants, and those who left Memphis and decided to come back and give it another chance.

Please share your thoughts on why you feel optimistic about the city. If you’re a returnee, why you returned. If you never left, why you feel hope today. And if you’re new to the city, even if by a few years, why you see a bright future here.