noun: street cred
Commanding a level of respect in an urban environment due to experience in or knowledge of issues affecting those environments.

Cred, as in credibility. That above definition comes from urbandictionary.com.  “He’s been thru it all. His street cred is undeniable.”

If you’ve been reading my blog I don’t have to repeat that I am new to Memphis. As of this writing I have almost seven months of Memphis mud under my boots. And in no way does seven months qualify as “street cred.” Or does it? Makes me wonder, without a full lifetime here, if it’s possible for me to earn any real Memphis street credibility. Takes me back to a question I posed weeks ago about ever becoming a true Memphian. Is an outsider always going to be an outsider?

I got stuck on this idea over the last few weeks after a locally well-respected business leader, when asking about my objectives for this blog, told me that in order to gain true respect, I might need to earn my street cred.

“Yes, street cred,” he said. “For example, you could live poor for a month in an abandoned house in the hood in South Memphis or something.”

Maybe this fifteen-years-my-junior guy was messin’ with my new-to-Memphis pre-retirement angst. But, Uh, No. No disrespect, and not to appear cowardly, but I’m not going to perform that kind of social experiment at my age. In my early twenties L.A. film-school days I could see myself doing something like. But I’m a half-century old. I’ve got AARP knocking on my door. And maybe I don’t look it, but I still have to earn a living.

That same urban dictionary definition referred to “a level of respect.” So perhaps there are levels, or grades I can achieve in earning my Memphis credibility. My own Memphis S-C. And here’s what I’ve done:

I learned how to make a proper half-sweet Southern Iced Tea.

A good half n’ half iced tea - about 4 cups of boiled (not still boiling) water, 2 bags of Luzianne’s tea for a minimum of 5 minutes, about a half-cup real pure cane sugar, then about 4 cups cold water, refrigerate. Done. If my mother-in-law can give me the thumbs up I know I’ve got it. And I even like it, to the point where I know who has the good tea around town and who doesn’t.

Impressed yet? Didn’t think so.

I make red beans and rice. Pretty good too. I learned how to make shrimp and cheese grits. Real grits. Not instant. I’ve made ‘em a few times now. Got ‘em just right about… once.

I got me some good ol’ cowboy boots. We had been in town for barely a week - well, in Collierville waiting for our belongings to catch up with us - when I noticed men around town in boots, and I just had to have a pair. 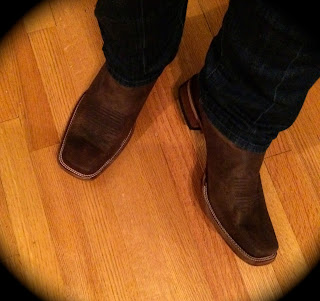 If you’re a boot person, treat yourself to a trip to C’Ville’s Town Square and walk into Hewlett & Dunn boot store. They’ll talk about boots, show ya boots, and tell ya how they’re supposed to feel around your feet. And mine, they feel fantastic. I could walk in them all day. I could wear ‘em to bed. Yes they’re that comfortable. I wear them whenever I can.

And then I noticed something. After our furniture finally arrived and we moved into our Midtown apartment and we went out and about town, few men were wearing boots. Is Memphis not a boot town? Nashville - I know, I know - sure as hell is.

But in proudly wearing my boots to everything from music joints to trips to Target to dinner out, and to networking events and to an interview with a recruiter and to city advocacy events and to neighborhood association meetings and to city council meetings … I wasn’t seeing many men in boots. Guys in marketing and the arts - some of them sport boots. But not most businessmen.

Back to street cred. While I haven’t made myself homeless to establish it, did you notice what I have done?

Shortly after we were settled in, after I had I gotten more of a taste for Midtown and Downtown and South Main, after the holidays had passed, that falling-for-Memphis thing started to truly sink in. And I found myself not only falling for the city, I found myself defending it. And wanting to join the so many other voices who feel compelled to defend it, improve it, be an advocate for it, and fight for its heritage.

So I dove in. I dove in headfirst.

Before I proceed, I gotta ask: How many of you have ever picked up everything and moved from your hometown or home state and to a new city?  Show of hands. Hmm, ok. Not bad.

Out of the above, how many of you moved to a city in which you knew no one, nooo-body in the business community? No leads, no contacts. Hmm, ok.

I’ll admit it. The older you get the harder it becomes to be fearless. There’s those R things to worry about, like Responsibility and Retirement and… and Rogaine and slower Reflexes. About to turn 50, seriously mulling over a career change well away from the corporate world I had known since my mid-twenties, I dove in. I said, W-T-F, I’m doin’ it. Gonna act like a 20-something and take the leap. (I’m gonna have’ta take some Cred points for that.)

I attended every event I could find that was dedicated to all and everything for Memphis advocacy and change and improvement. I attended any event held by or sponsored by anything Memphis, Memphis-This and This-Memphis and That-Memphis. You know them… Livable Memphis and Leadership Memphis and City Leadership. Innovate Memphis and Emerge Memphis and Memphis CVB (say it with me, Convention and Visitor’s Bureau). You should see my Safari bookmarks and my Eventbrite calendar! Choose 901 and Indie Memphis and Memphis Heritage. Joined the Memphis Chamber and subscribed to everything, from the CA and the Daily News to the MBJ and Smart City Memphis and High Ground News. 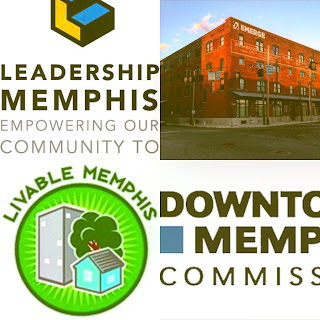 “Freedom’s just another word for nothing left to lose…” One of my favorite lines of any song. And with nothing to lose and everything to gain, I dove in to all of it. I dove in far enough to where I started to feel like “that guy.” As in, there’s That boot guy again. The University Club and an AMA luncheon, there he is. Co-Work Memphis and a panel discussion, there he is again. Civil Rights Museum, the Circuit Theater, Loflin Yard, City Hall, there he is like Zelig.

I doled out all versions of my business card and I collected dozens upon dozens of cards from all walks of Memphis life. I emailed the Downtown Commission and heads of businesses and bloggers I began to admire.

I met and talked to key business leaders, learned about the movements developing Soulsville USA and Crosstown Arts and the Blight Elimination Charter, and just plain got involved. And I think that earns me at least a little of that S-C.

So whether you’re 25 or hitting the 5-0, get involved. New to Memphis? Get involved. Be fearless. Don’t just eat at all the restaurants you find on Yelp, or follow the Events guide in the Flyer. Get out there. Go to events. Just about everything in Memphis is f-r-e-e Free. Volunteer for things. Go to city council meetings (that’s a whole other story). Attach yourself to a cause you feel passionate about. I’ve been to just about every major city in this country, and Memphis is arguably the most accessible city out there for getting involved and meeting people. Key people. You want to meet that CEO? Do a little homework and a little networking and you can likely get a few minutes or even a meeting.

And hope that someone notices. Notices enough to take a chance on you. No matter how old, or young you are.

Notices that Hey, All right, you’ve earned yourself a little street cred. And by the way, I like those boots. 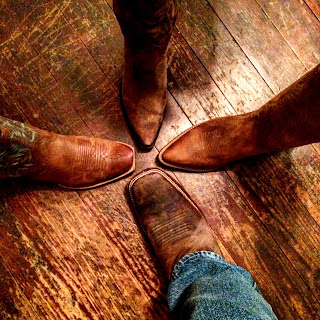