Join me on this journey and let’s see if we can together discover the heart of Memphis, for the first time or the second time around.

For me, Memphis is personal. Because it saved me.

I suppose any one Memphian can say that for them the city is personal. For many, their feelings for Memphis are truly personal. What else could they be but personal?

But if you are brand new to a city, how can your feelings for the city become so personal, and how can they happen so quickly? How can one fall in love with a city as quickly as I have? As of this writing I have been in Memphis one hundred and fifty-five days. 134 days if you count only my actual residency (I’ll explain that much later). That’s just over a third of a year.

So how did I fall in love with the city so quickly? Because Memphis saved me. 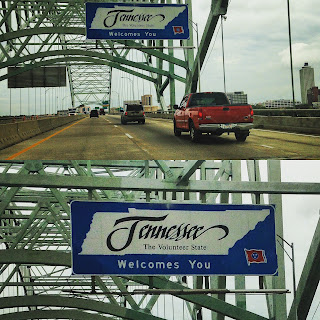 Before I tell my story I should point out a few things:
I am not a Millennial right out of college.
I just turned fifty. That’s Five Zero.
I am white.
I moved here from Newport Beach, California.
I was born and raised in southern California.
I have spent a great deal of time the last 15-25 years in New York City. 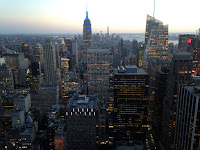 I love New York. My father and uncles and grandparents are from the Bronx and Queens. My blood, it seems, is from New York. In fact, for much of my life I imagined my life as though I lived in The City. So why Memphis? Of all places. New York, Newport Beach, why the hell did I move to Memphis?!

I’ve heard this many times: “Its either a job or a spouse.”

In my case it’s a spouse. My wife is a Memphian. God bless her. From East Memphis eleven years ago she left the city and moved to, you guessed it, Newport Beach, CA, which is of course where we miraculously met. (Cue the violins. Or better yet, Elvis’ Mystery Train) And after those 11 years - for her she had had enough of the perpetual sunshine and warm air (heads) - she longed for The South. She missed her family, the people, the culture, the food, the friendliness, the seasons. She missed it all. And it wasn’t too hard for her to convince me to move east.

Still, why Memphis? Why not… why not Nashville?

But we didn’t. And thank God!

So now you know. I came to Memphis for my wife, I’m around fifty, white, and I arrived here broken. Broken for reasons I may or may not divulge, I’ll figure that out later. But here I am. And I am so proud that I am.

But know this: This blog is more than just what’s fun about Memphis. It’s more than Memphis in May and Overton Square and Elvis and Gus’s Fried Chicken and the Civil Rights Museum. For me also about Blight. About the poor. About ignorance and unspoken prejudice. About what Memphis wants to be, what it can and can’t be, what it refuses to be, where it’s headed and where it’s heart is.

Officially I’m not a historian or a social scholar. Nor am I an expert on civil rights or new urbanism. But I am an observer, and a new Memphian. And it’s personal.

So how did Memphis save me? Why is it so personal? If you join me on this discovery, you’ll see why. You might even feel the same things as I. I’ll bet that you do.