(if this is your first time here, I encourage you to first read the First Post - Introduction)


I believe that when we move, we don’t find a city; the city finds us.

And if it’s true that cities find us, then the city as a place, as a moment in time, as the sum of all it’s people and it’s parts, must have a soul. This could not be more true than it is here in Memphis.

“Memphis has soul,” a new friend said after I’d been here for a month. And he was right. I had yet to discover and uncover what I have as of this day, but already, after just a month, I could sense Memphis’ soul.

Where is this soul? How does one know a city has soul? Is it in it’s history? Its ghosts? Can we see it or taste it or feel it like a warm breeze? Does it sneak up on us? 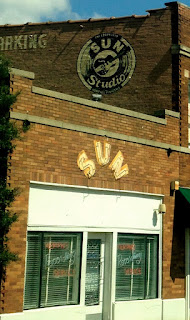 Just sing aloud a bar of any one of a thousand songs that mention Memphis. “Help me information give me Memphis, Tennessee…” “Cleaned a lotta plates in Memphis…” “I met a, gin soaked bar-room queen in Memphis…”
(Addicting, isn’t it? Save it for iTunes later.)

And it’s soul is in its people. Or really, for Memphis, I think, it’s in its people, it’s by it’s people, it surrounds its people, and its soul exists despite its people. Despite them, because it seems to this newcomer that there are those who have lost touch with their city’s soul, and maybe, just maybe, their own souls as well. This is true in any city, and would be true here too.

After that one month I began to feel it. Fresh from California, ready for a new chapter, the city’s soul captured me in little doses that I discovered in reflective moments. A drive down Walnut Grove in the fall, bright autumn leaves swirling all around and overhead. Stepping foot into Gus’s downtown, waiting for a table, breathing in the anticipation of that first bite of perfect fried chicken. Watching a river sunset for the first time, the sky ablaze in orange and purple, turning the three bridges into an cantilevered silhouette connecting Arkansas to Tennessee. Watching the rain fall and listening to the rumbles of a good ol’ southern storm.

Memphis’ allure is not a shout from the rooftops kind of allure. It doesn’t announce itself with silver skyscrapers and streets of gold. Its not a blond bombshell kind of seduction. It doesn’t flutter it’s eyelashes at you like a party hostess offering a cocktail. It let’s you work around the room and get lost, after you’ve sampled the expensive hor d’oeuvres and the glitterati of other cities, and it lets you discover it in its modesty. Memphis is the pretty, demure girl by the fireplace, who is already talking to friends, smiling, who conveys intelligence and quiet confidence, but with a need for recognition. But only the right kind of recognition. She seeks a connection that looks past the emptiness of the bright lights, instead to depths and complexities that only the soulful can embrace. Memphis comes alive for you only if you’re smart enough to love her body and soul, embracing her flaws and all her scars.

I talk to Memphians daily about these things. No, I don’t talk in metaphors and I don’t make such rhapsodic recitations face to face - I ain’t dat eloquent. But I do tell them, after they’ve asked me if I like it here, that “I love Memphis. I really fell in love with this city.” And they invariably get this look on their face. It happens all the time. They look down, they reflect for a moment, and they say “Ya, I love Memphis too. We get a bad rap, but…” And that’s where each of these conversations become very interesting. Because long-time Memphians, when expressing their love of Memphis, seem to have this air of reserve in their voices. As though they are having to make an excuse before expressing passion, having to defend the city and themselves for loving it. Quietly saying “I love it,” as though secretly wondering if anyone will overhear. 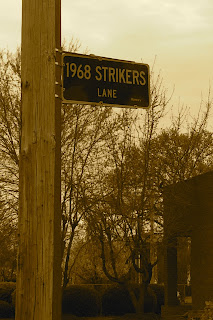